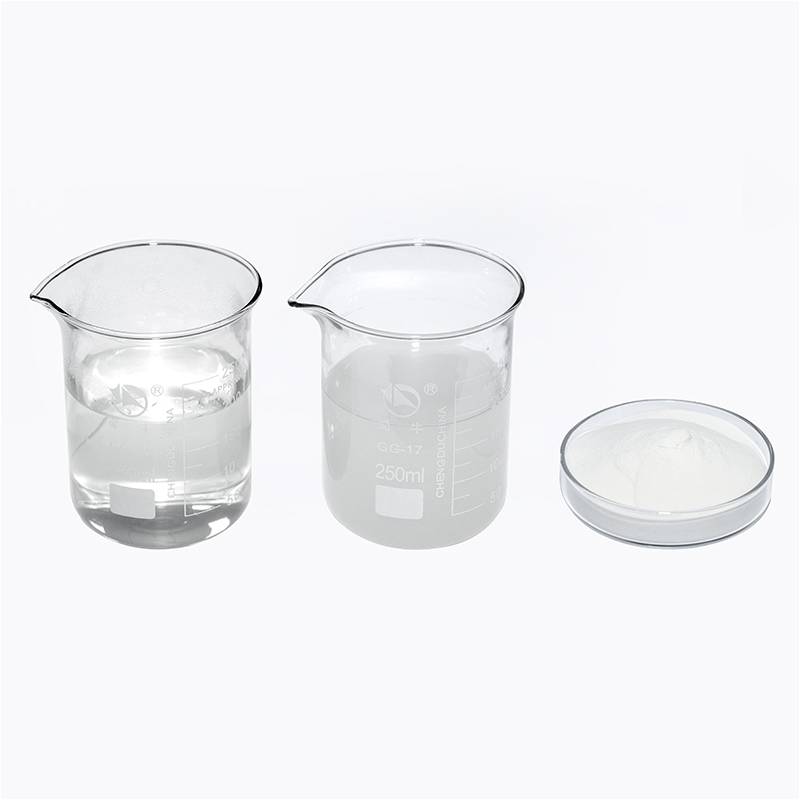 Agaro Oligosaccharide
Fujian Global Ocean Biotechnology Agaro-oligosaccharide possess some special biological activities, such as anti-oxidation, anti-inflammation, anti-virus and prevention of colitis, etc. Product is extracted and processed by scientific processing technology, the quality is fully conforms to national and EU standard. Fujian Global Ocean Biotechnology Agaro-oligosaccharide is the type of oligose with degree of polymerization (DP) of 2~12 after hydrolysis, which has low viscosity, high solubility, high freezing point and high activity.

Characteristics
As a kind of marine polysaccharide, normal agar has high viscosity and low water solubility, not easy to be absorbed, so it is very limited in application. But the agaro-oligosaccharise by degradation, it has good solubility in water, be helpful for human body to absorb, not only has the general characteristic of functional oligosaccharides, also has many physical features which cannot be replaced by common oligosaccharide, such as strong anti-cancer, anti-oxidation, anti-inflammatory activity, decay resistance and resistant starch aging, it is one of the most development potential of oligosaccharides.

Functions
1. Effect of intestinal probiotics
Fujian Global Ocean Agaro-oligosaccharides can proliferate bifidobacterium and lactobacillus, greatly shortening the growth adaptation period of beneficial bacteria, promoting the proliferation effect quickly. It has the resistance to digestion by upper gastrointestinal enzymes. After 24H of treatment by upper gastrointestinal enzymes, almost all oligosaccharides are not affected by amylolytic enzyme. It cannot be digested or absorbed by the host’s gastrointestinal tract and can reach the large intestine intact.

2. Moisturize and whiten
Fujian Global Ocean oligosaccharides showed good hygroscopicity and had some moisturizing effects.
With its unique efficacy in inhibiting the activities of monophenolase and diphenolase of tyrosinase, it can reduce the formation of melanin in the skin and has good inhibitory activity. Therefore, it can be added into cosmetics as a whitening ingredient.

Application
1. Medical field
Anticancer drugs: Enzymatic hydrolysis was used to obtain the oligosaccharide. After 15 days of mouse experiment, it was found that the inhibition rate of 64mg/kg oligosaccharide on cancer cells was 48.7%.
Liver protection drug: The medium molecule agaro-oligosaccharide (ML) can protect the activity of SOD and GSH-PX, and have a good protective effect on liver injury.
Cardiovascular medicine: Agaro-oligosaccharide has a significant effect on the inhibition of angiogenesis, which is mainly caused by promoting the apoptosis of umbilical vein endothelial cells and blocking the cell cycle in S phase.
Anti-inflammatory drugs: Prevention and treatment of chronic inflammatory diseases such as rheumatoid arthritis.

3. Functional feed
The added amount was 0.05% ~ 10% of the total weight of the feed. According to the culture test, the immunity, disease resistance, growth rate and survival rate of fish such as tilapia, shrimp such as South American white shrimp, shellfish and crab were significantly improved compared with the control group. Agaro-oligosaccharide is a good natural feed additive.

4. The cosmetics
It comes from pure natural seaweed, which is non-toxic and safe to use. It is suitable to be combined with other ingredients as a new cosmetic additive. Moreover, the oligosaccharide is a neutral sugar, without a large number of hydroxy groups in its structural units, and can be combined with a large number of water molecules to form hydrogen bonds. Therefore, the oligosaccharide has good hygroscopicity. Through inhibiting the oxidation reaction of tyrosinase, reduce the formation of melanin in the skin and whiten the skin.